I think that most people with tattoos have probably heard of using Bepanthen as a repairing aftercare cream.  So I kind of chuckled at having to use the product for its actual purpose: a nappy rash ointment.  I happily received my samples of Bepanthen from The Insiders a couple of weeks ago and I was happy to try it out because I had been using another brand of nappy rash cream (Sudocrem) ever since Oscar’s birth.  While I was happy with Sudocrem, I hadn’t used any other brands so I thought it would be interesting to see the differences.

When Oscar was about 2 months old he started getting nappy rash.  I had no idea it was nappy rash for about a week!  It looked nothing like what a ‘rash’ in my mind looked like to be honest, there were small white bumps (slightly like white heads) around the bum, but it wasn’t red and I didn’t think it looked sore.  After a few days without going away, I asked my GP who confirmed it was nappy rash afterall.  I honestly felt like a failure of a parent letting my little boy end up with these horrible spots on his super soft and sensitive newborn skin!

I was using Sudocrem at the time but never really knew how much I should be applying to be honest.  After increasing the amount used with permission by the GP it did go away after a week.  I hadn’t thought to switch brands either at the time as I had bought such a gigantic tub of it too so I’m glad it did do the trick in the end and when I think back now I think I wasn’t applying enough of it at nappy changes.  That is my only experience with nappy rash so far and it has not returned since then, luckily! 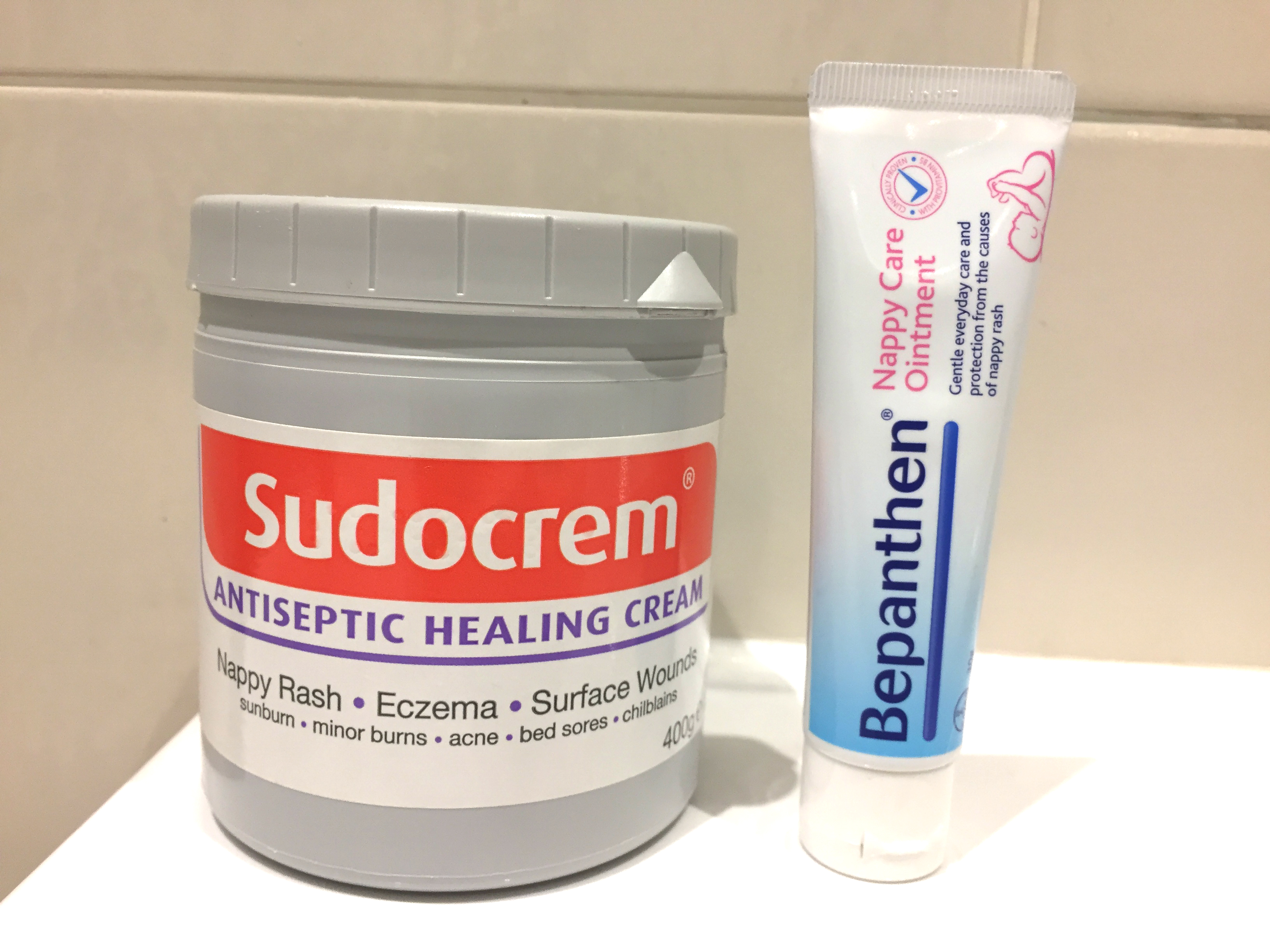 Now since I can only compare Bepanthen with what I have been using this whole time, I have made a short list of differences I discovered: 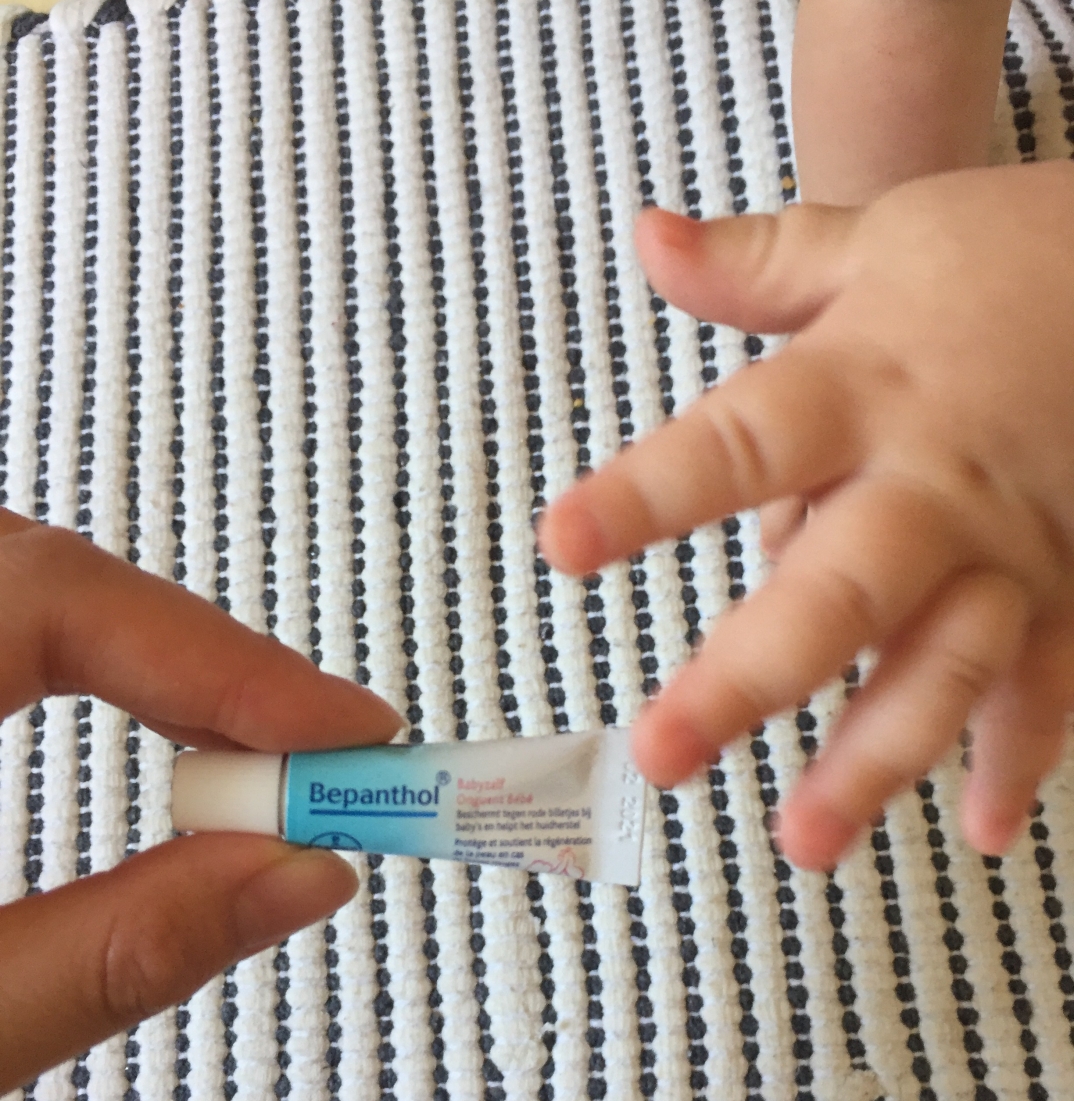 The mini samples we received of Bepanthen did not have a very child friendly cap, I was terrified Oscar would grab it and eat it as he puts most things into his mouth!

It was tricky because there are pros and cons with both products.  We enjoyed Bepanthen and Oscar did not experience any nappy rash the past two weeks having switched products.  I think maybe his bum did appear slightly more moisturised at nappy changes with Bepanthen, as in, it appeared to stay more ‘wet’ for longer.  I liked the tube which is perfect for the changing bag as I said.  And while the Sudocrem tub doesn’t seem that hygienic (if you keep double dipping into the tub), this can be avoided once you start working out how much you need to be applying (thicker than I thought was needed!).  The tub is convenient to open with one hand and have one hand on a wriggly baby.  I like the multiple uses of Sudocrem (you can read here about other baby products I love that serve multiple uses).

I would say I might like Bepanthen slightly less due to the stickiness but I do not hate it.  I also have since experienced a tube I’d forgotten about and it turned into a hard paste which made it more difficult to apply.  Sudocrem tube-version is more expensive than the Bepanthen tube (30g) but the big tub of Sudocrem is a lot more value over the 100g tube of Bepanthen.  You could say Bepanthen needs less product for each application but I think it still works out that Sudocrem is better value for money if you are buying the big tub and using it for the other things it is good for as I listed above.

All in all, I think I will be keeping a tub of Sudocrem on my changing station at home and a tube of either Sudocrem or Bepanthen in my nappy changing bag from now on (probably dependent on what deals are on at the time!)!! 🙂

I would love to know what nappy rash products you use and what you like about them?  I have also used the Aveeno barrier cream before and quite liked that too! 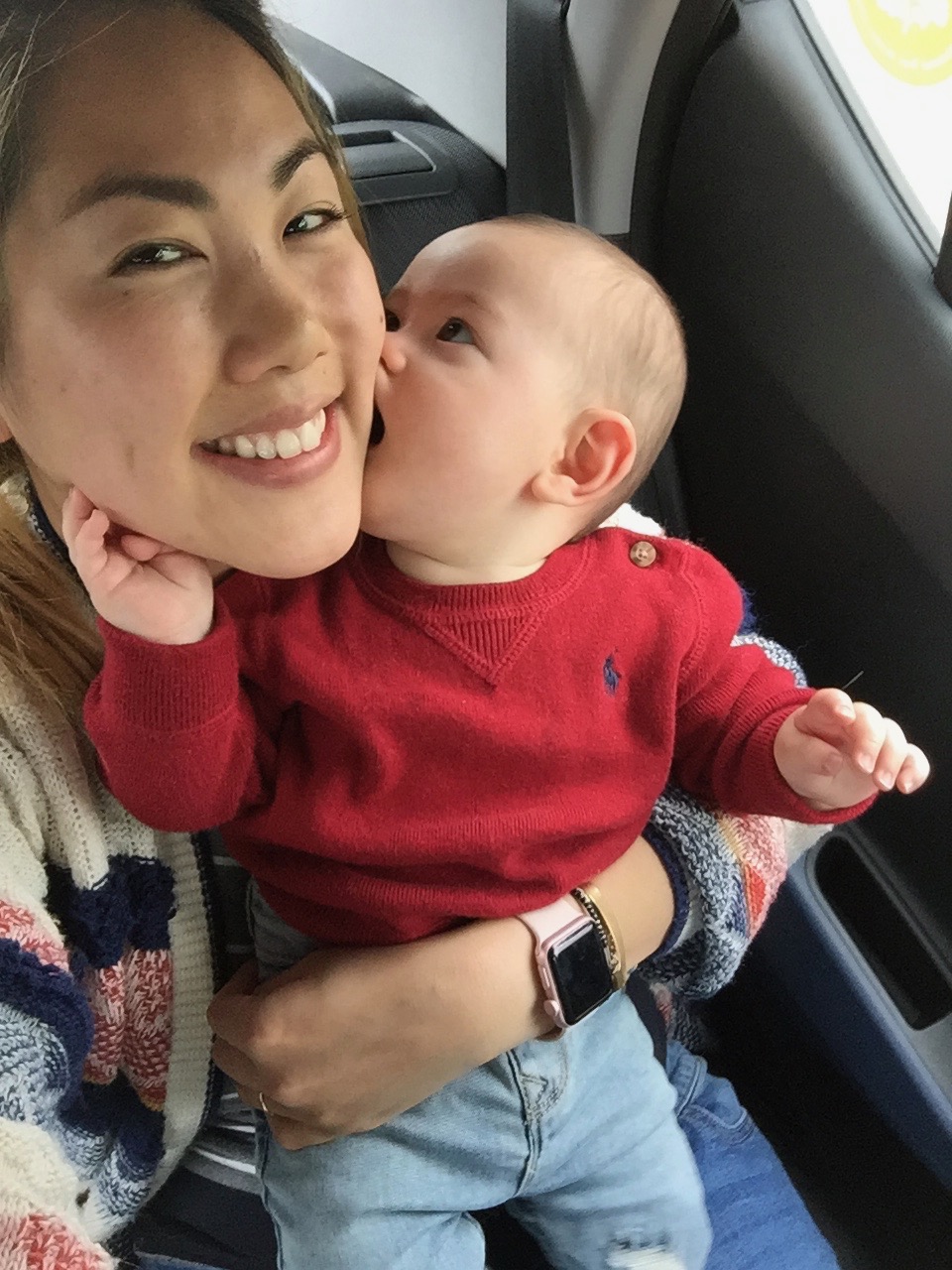 I love these muffins! Please note I have adapted this recipe for baking for my children and converted it to UK metric measurements for ease. These are perfect as an on-the-go snack as well as for breakfast. They are easy to make with your little ones as you only need a spoon and two bowls! …

Standout Pieces In Our Teal and Copper Bedroom

Our bedroom and ensuite was renovated from scratch when we moved into our house one and a half years ago, but we are still adding pieces to it to make it ours! I’ve written about what changes we’ve made and my favourite features. Also I wanted to share the lessons I have learnt in the…

Playing with Bread And Toast

This activity cost me 20p and kept my child entertained for over 2 hours. It was so simple and fun that I thought I would share about it! I had seen an activity involving building towers our of toast somewhere, so I decided to pick up some cheap white bread the next time I was…